This is a big one. And I’m faced with it constantly. Where to begin…

This is something that started even before I had my first daughter. It started as far back as I can remember, actually. Women in my life having babies and someone regularly saying things like “Oh it looks like you’re having a boy! Boys are good luck!” or “Hopefully you’ll have a boy first– then it won’t matter how many girls you have after that” or someone having a daughter and the response being “Oh well, you can always try again” and the list of statements goes on and on… So it was embedded in my head as a young child that a boy is a necessity in order to have a full & happy family. People like to pull the culture card and say this was said because boys carried on the family name & the blood line– like that old school mentality that the family lineage would end if there wasn’t a boy to carry it forward. But were in the 21st century. That kind of thinking is archaic, isn’t it? A daughter can keep her fathers name, can’t she? A daughter has the same blood running through her veins, doesn’t she? She is just as much a product of both her parents as her brother is, right? So why the harsh division?

I never understood it then but when it was said so often it became engrained in my mind. Unknowingly this necessity for having a baby boy in my future family became a must– a pressure– a weight– a burden.

Was I born thinking I needed to have a boy? No. Did I really want to have a boy? Yes. Why though? Because I’m a pleaser. I’m the person that likes to see others happiness because of something I made happen. So I wanted to have a sweet little boy that I could present to my family and say “here he is!” and they’d be so ecstatic because that’s what needs to happen for things to be right! Right? But wait… Why wouldn’t they be just as happy if it was a little girl? Hmmmm.. Because every time a little girl was born the responses were more like “that’s okay. she’s only your first. you can have another. I’m sure it’ll be a boy next time” or “your husband really needs to have a boy– you should really try again, don’t you think?”

I never understood how daunting it all was until it got to my turn. When I got to the age. When I finally had my girls. The things I’d have to hear. The unsolicited comments. The unsolicited advice. And not just from strangers– from family. Close. Family. I have heard it ALL. Don’t get me wrong– there are people that are SUPER supportive and think its amazing that we have three daughters. But facts are that the majority seem to have opinions and thoughts around what our next steps should be and how we should feel.

Then there I was years later at 26 years old getting married to a man I wanted a family with. He happened to be an only child. He said he wanted a big family because he spent many years going through heartaches like losing his father at a young age and having a sibling or two to lean on would have been so helpful; so comforting; so necessary. He wanted our children to have each other if, God forbid, something was to happen to us. And I agreed. I loved all children from a young age. I always wanted to be a mother. I was one of two children so I could see that for us. Then like things happen in life– we were thrown a curveball.

This isn’t a short story and it isn’t an easy one for me to tell. It’s heavy. So I’ll gather my thoughts and collect my emotions then come back next week with why you should always think before you speak– as the saying goes “Everyone you meet is fighting a battle you know nothing about. Be kind. Always.”

Note From The Editor

This is a safe place for us to learn how to feel good about ourselves, grow together and do a little retail therapy once in a while— because we deserve it! xx

Get fresh updates
from my blog to your inbox
Subscribe

WHAT THEY ARE SAYING...

"Karen has been a Babes Club Ambassador since March 2020. We believe the word Babe to be a way of life and between Karen's style and personality, she is just that. At Brunette, we are creating an inclusive community of Babes that are empowered to cultivate what's good in themselves and those around them by inspiring, strengthening, and elevating each other, and we believe Karen embodies all of these characteristics." 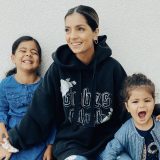 HQ in Vancouver, BC

Where I Love To Shop